New Weapon: Knife, and other things 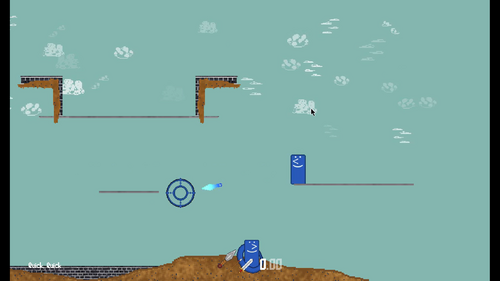 In this update you can finally see a complete knife:

It's moves are mostly quick attacks, with only one (very) heavy attack: the stab! This attack deals great damage and it's also a standard move, so it doesn't require to build a combo to use it. To balance this, it has a big delay before, and a big idle time after the attack animation :P

Other knife's attacks include a throwable knife in two versions: the basic, very quick one and the precision one, that lets you aim before launching the projectile (which also bounces on walls). The aim is controlled with two buttons and, by default, the button to aim up is the jump button. If you want to jump while you're aiming, you will need to stop the combo (by using another attack or by being hit).

Added a menu to configure the keybindings and in-game descriptions to spells.

I noticed that the game page still has no images, so I've uploaded some quick screenshots and made a graphic tutorial to the crafting system.

Craft your own Combos using various Weapons and Spells